By Mike Morrell on September 17, 2010 in
83
SHARES
FacebookTwitter 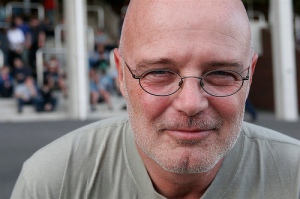 I enjoyed getting to see & hear from Brian McLaren last week here in Raleigh at Big Tent Christianity (Speaking of BTX, have you downloaded the free BTX eBook yet? If not, here it is).

What I appreciate about Brian is how he’s always wondering, always thinking, always learning and growing – and doing so with transparency, and humility. I was a good deal more immature and argumentative before I encountered his Christ-like example nearly a decade ago.

What follows are four meaty pieces that have come out from the New Kind of Christianity author in the past month or so, two of them interviews. Here they are, with an excerpt from each.

Call me cynical, but here’s my suspicion: adjectives in front of theology are deceptive. Yes, they’re needed; no, I’m not against them, but still, they’re deceptive. Here’s how.

By distinguishing some theology with a modifier – feminist, black, Latin American, eco-, post-colonial, or indigenous, we are playing into the idea that these theologies are special, different – boutique theologies if you will.

But what if we tried to subvert this deception? What if we started calling standard, unmodified theology chauvinist theology, or white theology, or consumerist or colonial or Greco-Roman theology?

The covert assumption behind the modifier post-colonial thus becomes overt, although it is generally more obliquely and politely stated than this:
Standard, normative, historic, so-called orthodox Christian theology has been a theology of empire, a theology of colonialism, a theology that powerful people used as a tool to achieve and defend land theft, exploitation, domination, superiority, and privilege.

(I’m not 100% sure, but I think Brian will be attending the Postcolonialism and the Missional Future of the Church event hosted by Emergent Village in Decatur (Atlanta) this November. I’ll definitely be there – will I see you around?)

Conversations on Being a Heretic – This is a transcript of Scot McKnight‘s recent (in)famous interview with Brian at the Q conference, with commentary by a blogger.

Here’s what I think. First of all, in the Bible, salvation is by grace, and everybody gets judged by works. So, I think the mercy of God comes to all and the judgment of God comes to all. But, the universalism that I think is far more important in the Bible is not “What happens to everybody when they die?” I think it’s the question, “Does everybody learn to see the image of God in other human beings, or do they continue to divide the world between us and them, and ‘us’ is always the ones that God loves, and ‘them’ is somehow always the other.” And my concern is that by making the big issue who is the inside us and who is the outside them, by doing that, we violate a more important ethical universalism of seeing the image of God in every person.

(For more development of this line of thinking, with the biblical exegesis and theology to support it, see Brian’s novel The Last Word and the Word After That, a compelling narrative to which I was able to make modest editorial contributions back in the day!)

Between Mixed Martial Arts and the “L” Word: An Interview with Brian McLaren in The Other Journal

Let me say something on Christian identity. Right now I think we have two unacceptable options. On one extreme, there’s a strong Christian identity that defines itself as an antagonist toward other faiths. It says, in essence, “We will convert you if we can, and if we can’t, we will resist you and limit your influence. In any case, we will outlast you. Resistance is ultimately futile—you will either be assimilated or punished for failing to convert. For us to thrive, you cannot thrive.” It’s not said that overtly, but I think this is the underlying assumption that motivates a lot of the public behavior we’re seeing today.

On the other extreme, there’s a weak Christian identity that reacts against the first one and says, “Oh, whatever you believe is fine. All beliefs are good. One religion is as good as another.” If the former approach threatens the existence of other people, this one threatens the existence of Christian faith, because it doesn’t offer a good reason to take the faith seriously. Of course, on the line between these extremes, there are any number of variations.

Through the Wild Goose Festival, I hope that several streams of Christian faith and life here in North America can come together in a fresh and new way…I see Wild Goose as uniting these sometimes-disparate spiritual kin into a powerful movement of faith, hope and love. I hope you join me there…

I hope so too! The Wild Goose Festival is reaching critical mass, as volunteers from across the continent are working hard to make next June a special time that outlasts the weekend itself. If you’re interested to learn more, check out Brian’s post and the website in general at WildGooseFestival.org; if you’re on Facebook you can “Like” the Goose, and you can RSVP at the Event Page and become the first to know when tickets go on sale. Finally, if you’re on Twitter you can chase the Goose @WildGooseFest.

The Wild Goose Festival: Erasing the Sacred/Secular Divide to Reveal a World that is Wholly Holy

Blue Like Jazz: The Movie – the Mike Morrell Interview

On the McLaren Nay-sayers

Mike Morrell is the collaborating author, with Fr. Richard Rohr, on The Divine Dance: The Trinity and Your Transformation. He's also the founder of Wisdom Camp, a retreat for mystical misfits, and a founding organizer of the justice, arts, and spirituality Wild Goose Festival. Mike curates contemplative and community experiences via Relational Yoga, the ManKind Project, and Authentic North Carolina, taking joy in holding space for the extraordinary transformation that can take place at the intersection of anticipation, imagination, and radical acceptance. Mike is also an avid writer, publishing consultant, author coach, futurist, and curator of the book-reviewing community, Speakeasy. He lives with his wife and two daughters in Asheville, North Carolina.
View all posts by Mike Morrell →
Ian Cron/Chasing Francis Recap
New zoecarnate Logo – Your Opinion Please

3 Responses to Four From McLaren