By Mike Morrell on July 31, 2012 in Grace, Music
48
SHARES
FacebookTwitter

Agent provocateur Darin Hufford of the Free Believers Network, posted something worth considering on his Facebook Page:

The #1 complaint I hear people respond with when they hear this grace message is that God isn’t only loving, He’s also a God of justice and judgment. I think to myself, “Why can’t you shake your bi-polar concept of God? He’s the most loving being in the universe yet He’s got a hair-trigger temper?” God sounds like an alcoholic father.

(Hmm…sounds like shades of a recent conversation we’ve been having, does it not?)

You have heard that it was said, ‘Love your neighbor and hate your enemy.’ But I tell you: Love your enemies and pray for those who persecute you, that you may be children of your Father in heaven. He causes his sun to rise on the evil and the good, and sends rain on the righteous and the unrighteous. – Jesus, in Matthew 5:43-45 TNIV.

God is not like us – we want to curse our enemies and misbehavors; we want to withold the best for the blest – which is, of course, us. But like the eccentric, argumentative Psalms of our Holy Writ, a couple of contemporary Psalmists wrestle with the character of the prodigal God, and show us what might be a better image of the Divine.

The first, and most in-your-face, example I’d like to offer is David Bazan‘s ‘Bless This Mess’ from the I-can’t-stop-listening-to-it album Curse Your Branches.

Holy or unholy ghost
Well now I can’t tell, but either way you cut it
You should get some distance if you plan to take a stand

This is an ambivalent song, to be sure. Evangelicalism’s erstwhile poster child grew up in the Assemblies of God and spent some time among Calvinists in an attempt to bolster the consistency of his faith – in both cases, just like me. He & I are approaching the life of faith from different trajectories now, but we both struggle with how to raise our little girls with integrity amidst a world that increasingly has more options. In the midst of it all, we’d like to believe in the God of Jesus – the God who loves, and blesses, indiscriminately – even when we’re hurting ourselves. (You can see other good versions of the song here and here, and perhaps download it here? For more on Bazan’s story, read these three excellent – but R-rated, just so ya know – interviews, in The Chicago Reader, eMusic, and Patrol.)

The most over-exposed man in rock – and perhaps period – Bono Vox Himself, has good reason for getting as much exposure as he does. Among other things, his tenacious vision of God’s peace and shalom over and against the legalism of his Irish youth comes through in his songwriting, album after album. ‘City of Blinding Lights‘ is a great recent example:

The more you see the less you know
The less you find out as you go
I knew much more then, than I do now

Like me, Bono has wrestled with the world-affirming and world-denying in voices like that of Chinese mystic and church planter Watchman Nee. And like me, he’s had to say that what 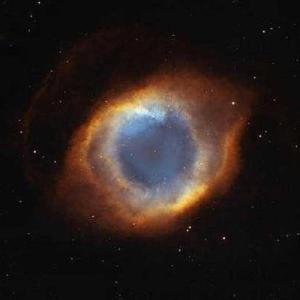 traditional Christianity has meant by “the world” we were meant to “come out of” and what Jesus (and Paul, and others) meant by this enigmatic phrase are two completely different – indeed, opposite – things.

Jesus was referring to the world of principalities and powers, those inhuman and dehumanizing forces of religion and empire. He wasn’t referring to culture-as-such, and certainly not to planet earth. Millions of friends-of-God are awakening to the reality that we live in a God-blessed and God-beloved world that God still thinks is ‘very good,’ however marred by egoic haze and degradation its become. We’re all connected – for life or death.

As the US Episcopal Presiding Bishop Katharine Jefferts Schori recently remarked, the idea of solely personal salvation is heresy. Our redemption begins in this world, its social and public as well as personal – at this stage, in 2012, salvation is planetary in scope. The ecology of new creation needs to be rooted in every aspect of our beings, from creative work to re-creation.

Bottom-line: God is love. Love is orthodoxy. (Agapetheism, as my friend Kevin Beck likes to put it) It’s God’s kindness that leads to repentance, not the big stick that you imagine God’s holiness to be. Let’s join together in the Great Work of our age – becoming the leaves of the Tree of Life for the healing of our relationships, our neighborhoods, our ecosystems, our economies – in short, our world. This begins, as Brennan Manning says, with healing our image of God – and the ones God loves. Which is all of us. God brings abundant blessings…not just for the ones who kneel. May we model this same lavish, indiscriminate, sloppy, positively promiscuous love.

PS: What songs, art, poetry and cultural artifacts remind you of God’s blessing breaking out of the confines of empire and religion?

The Gods are Dying – Frederick Buechner

The Tree of Love – Erik Guzman

Mike Morrell is the collaborating author, with Fr. Richard Rohr, on The Divine Dance: The Trinity and Your Transformation. He's also the founder of Wisdom Camp, a retreat for mystical misfits, and a founding organizer of the justice, arts, and spirituality Wild Goose Festival. Mike curates contemplative and community experiences via Relational Yoga, the ManKind Project, and Authentic North Carolina, taking joy in holding space for the extraordinary transformation that can take place at the intersection of anticipation, imagination, and radical acceptance. Mike is also an avid writer, publishing consultant, author coach, futurist, and curator of the book-reviewing community, Speakeasy. He lives with his wife and two daughters in Asheville, North Carolina.
View all posts by Mike Morrell →
Is God ‘A Recovering Practitioner of Violence’?
The Way of the Heart Part 10: Awakening to Direct Knowledge – the Divine Cardio Workout